An eagle’s egg was put into the nest of a prairie chicken. Sometime later the eaglet hatched and grew up with the young chicks, so the story goes.

Time passed, the eagle learned from his brothers, mother and family to scratch for insects, cackle and fly in a brief thrashing of wings and feathers just a little off the ground.  He fit in very well with his new adopted family.

Years passed.  The adopted eagle grew very old.  On day, he saw a beautiful bird soaring far above him in the sky.  This bird flew, dipped, and glided with power and beauty the adopted eagle had never seen before.

“What a beautiful bird” the eagle said to his adopted brother.  “What is it?”  “That’s an eagle, the chief of the birds,” the brother clicked.  “But don’t give it a thought.  You could never be like him.”

The adopted eagle believed him, lived the rest of his life fitting in, following the crowd and died thinking he was a prairie chicken.

Like the eagle, the potential of the dedicated individual is beyond measure.  Individuals can and will conquer handicaps and impossible circumstances.  The motivation is beyond control, diagnosis or predication.  Its cost is miniscule, its results incalculable.  From the moment of birth though adulthood and retirement, you and your associates are capable of accomplishment beyond previous experience.

What makes the difference?  Why are some workers committed and dedicated while others are under motivated, under worked and dissatisfied?  “Followers never take responsibility, whereas a genuine leader, it’s his main Job Description.” Fortune Magazine, March 2003. As Christian leaders we need to excel “doing it all for the glory of God” 1 Corinthians 10:31.

You may have the potential of an eagle, but you make the choice daily to strive for greater things.  Make the decision to strive for excellence.  Be the very best you can be. 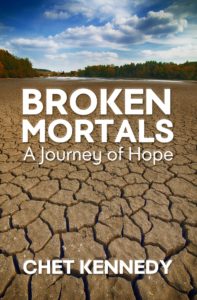